“You’ve Got the Wrong Bitch”: Empowered Queer Identity through the Contemporary Witches in Oz

UNRH > “You’ve Got the Wrong Bitch”: Empowered Queer Identity through the Contemporary Witches in Oz

Today’s Wiccans self-identify as witches, reclaiming the word that was historically used to oppress minorities (Stein and Stein 243). Wiccans fully understand that one connotation of witch is a person believed to be inapposite of society, or to be an outsider. Wiccans, by adorning themselves with the identity of witches, acknowledge and live in their difference, being proud of it and boasting it to the world. Seemingly going along with the trend in Wiccan communities, witches in contemporary media, such as Elphaba in Broadway’s phenomenon of Wicked (2003), proudly self-identify as witches and as outside of the norm in order to present female characters who are “defying gravity” and patriarchal norms (“Idina Menzel” 00:03:017-00:03:18). And although this focus on female empowerment is necessary, literary and pop culture criticism overlooks how witch characters in queer communities can be used to similarly embrace their difference from a heteronormative society (Lindemann 758). Through examining Todrick Hall’s drag performance of The Wicked Witch of The West in his retelling of L. Frank Baum’s The Wonderful Wizard of Oz (1900), Straight Outta Oz (Hall 00:52:25-00:56:13; 01:06:03-01:09:22), I will look to answer research questions such as: How does a renegotiating of a witch identity into a queer context provide sites of empowerment for individuals in LGBTQ+ communities, communities that are often deemed as outsiders? How does the performance of a visible queer identity through drag relate to the presentations of witches as visibly deviant in historical narratives? And lastly, as a queer person of colour, how does Todrick Hall’s wicked witch performance become representative of his experience of having intersecting minority identities?

Theorist Adrienne Rich, in her article on “Compulsory Heterosexuality,” discusses how society positions heterosexuality as the norm, queerness as a deviation from that norm (283). I will compliment Adrienne Rich’s concept of Compulsory Heterosexuality by examining how drag queens, such as Todrick in his musical, or, for example, Sharon Needles and Evah Destruction elsewhere (“Wizard of Odds”; Surian), take their outsider position created by a compulsorily heterosexual society and embrace it through presenting as a wicked witch, making themselves visible in the process. As critic Marilee Lindemann notes, queer individuals have “served as the bad witches of a culture desperate to preserve and protect the boundary between ‘normal’ and ‘deviant’ sexualities” (768). Drag performers as queer individuals, therefore, personify this exclusion and, just as with women, can find community and empowerment through witch figures in contemporary media.

In its more conservative time period, the main witch character in The Wizard of Oz, The Wicked Witch of the West, was presented relatively negatively. In modern remakes of the Land of Oz, being a witch like the Wicked Witch of the West, a witch that is definitely seen as an outsider just as a queer identity is, becomes an empowering place to be in. Through key changes to the depiction of the Wicked Witch characters of the Oz story, I will argue that Todrick Hall is able to effectively present his witch characters as sites of empowerment for individuals in the LGBTQ+ communities, communities that are often deemed as outsider. Witches in contemporary culture and literature are seen less as distasteful characters who do not belong and more of a symbol of acceptance of differences as in the Wiccan community. In Todrick’s musical, Witches no longer cower, but say: I am different, and my difference makes me powerful, and if you’re looking to mess with me, “you’ve got the wrong bitch” (Hall 00:55:49-00:55:52). 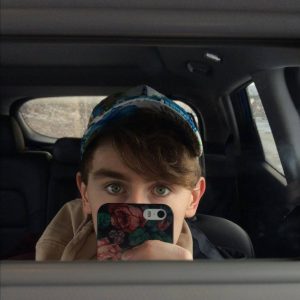 McKenna Boeckner:  McKenna Boeckner is from Thunder Bay, Ontario, and is currently a 4th year student at Lakehead University. He is majoring in English, specializing in Writing. Outside of class, he is president of Lakehead University’s literary magazine, The Artery, which has become the heart of creativity on campus. McKenna knows that, as humans, we define ourselves through stories, and while also writing and performing his own stories, he works to cultivate and promote creativity in all people, generating a wealth of narratives with which people can identify.