Times, Space and Memory: The Urban Everyday, Exploring Identities in the City

UNRH > Times, Space and Memory: The Urban Everyday, Exploring Identities in the City

Urban spaces have been the most paramount witness to conflict, harmony and their attributes through the 20th century and especially in recent decades as cities have transformed into battlegrounds. Cities, then, have also been the centers of a convergence between time, space and memory. This intersection of time, space and memory is imbued within the subconscious of every city dweller, perhaps slightly more in those residing in Karachi. This interconnectedness allows for the creation of new memories, times, and spaces and consequently the making or formation of new cities in the subconscious as well as in the physical, immediate realm. This idea gives way to explore phenomena such as that of traveling through time within one’s memories, creating further, newer spaces. This capstone will be based on ethnographic research done within the city as well as on the authors own personal experiences. Artefacts such as the CNIC and the Domicile will be used to question the notion of identity in the context of the city. The author will start with herself, exploring her family history, her lived experiences and those of people close to her. Thus, the first subject will be the author. Identities cannot be fashioned from one ideal, one aspect. One’s identity is an amalgamation of aspects that may not necessarily be limited to one individual. They may overflow to encompass other individuals, spaces and times. Therefore, this will only be an attempt to understand the effects a space has on an identity or a combination of identities. 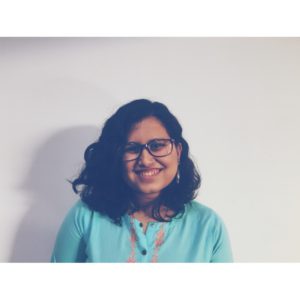 Zahra Sohail Mukhi is a senior at Habib University, Karachi, studying Communication and Design with a minor in English and Comparative Literature. Her interests include studying cities, literature and history. She is also an artist who works primarily with new media technologies. She has presented academic papers on digital security and history at two conferences in Pakistan. In her free time, she writes and reads poetry and creative fiction. Her recent project on surveillance in the city coupled photography with poetry. She has also created art projects that are image, sound and moving image based, that explore the themes of language and identity using new media.