How do games serve as a proxy for understanding the norms, beliefs, and institutions that surround us? There are two main types of games: games with perfect information, and games with varying degrees of imperfect information. Chess, backgammon, and Go are all clear examples of perfect information games. These games have no secrets, no luck, and no chance. Everything is known to all, and all success can be attributed to an individual’s strategy. Games with imperfect information, however, offer an element of the unknown. Most strategy card, board, and video games create worlds which parallel different aspects of our social reality – including that some things will naturally be out of our control. Usually, the element of luck is represented through the roll of a dice or the spin of a wheel.

The issues discussed in the liberal arts classroom are complex, but much of their core ideas can be communicated through simple exercises. The concept of privilege is simply taught to a group of five-year-olds through asking them to shoot paper into the trashcan at the front of the room while seated alphabetically in different rows.The point is communicated: it’s easier to make the shot from different positions that were unearned by the individual. Similarly, the paradigmatic assumptions within board games have great potential to be points of intervention for communicating complex critical theory to the audience of the board game playing population.

This summer, I am working to create an original strategy board game that encourages alternative structures of behavior, reward, community, and economy through the game mechanics. Rather than attempting to point out contradictions by playing out an already familiar system, like Monopoly, a primary goal of my game will be to encourage folks to become imaginative with their alternatives to existing systemic inequalities and to explore new relationships between institutions and people. In this endeavor, I will be drawing upon the field of critical play studies popularized by Mary Flanagan, Katie Salen, Eric Zimmerman, and Anna Anthropy. 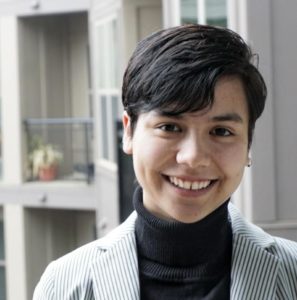 Arianna Montero-Colbert:  Arianna Montero-Colbert is a junior at Davidson College. Her academic interests live in the intersection of digital methodologies and a sociological mode of inquiry. Since the fall of 2016, she has worked on instructional design, content curation, and course facilitation at TechChange— a DC-based elearning platform. While most of her past projects involve explorations into digital pedagogy, she has always been invested in the ways that games serve as a vital tool of socialization regarding the implicit norms and values in our society. After winning Davidson College’s Avinger Scholarship, Arianna is proud to present her work at UNRH 2018, most notably, her foray into the design and development of a cooperative board game.