Rural queer folks have been largely left out of scholarly conversations about community organizing and activism, with most research exploring urban-centered ideas and theories, despite most of the United States consisting of rural communities (Gray 2009; Lohmann & Lohmann, 2008; Fellows, 1998). The limited research that has been conducted around rural queer identity has focused on the Midwest and the rural South. In both my own experience and my prior research, I have found that the experiences of queer men and women throughout the Midwest and rural South differ significantly than their counterparts in the Rust Belt/Mid-Atlantic region. Because of this reason I have worked with Professor Emily Yochim throughout Fall 2017 to conduct an ethnographic exploration of rural queer identity throughout the Crawford County Area. Through this work I have found that many queer folks in the Crawford Area who are out are also involved in activist work in their community. This work, from my observations, has been significantly different from the work that is conducted in urban centers, as it described in a great deal of scholarship that I have studied (Gray, 2009; Thompson, 2010; McCarthy, 2014; Fellows, 1998). Unlike urban centers where queer folks have queer spaces, those within rural communities seldom have these. In contrast, these individuals often times are forced to build community with those who do not even entirely agree with their existence. Within the communities that these individuals create for themselves, they are often times able to challenge the views of their peers, which proves to be more effective than a massive protest or significant media attention. Although this subtle push from queer folks is interesting, I have observed a multitude of ways in which queer folks and allies alike have been able to organize and change their community in a way that those within an urban context often times cannot. This work has taken place through an ethnographic process, building upon and pulling from the work that I have conducted in my independent study, and adding to conversations that are happening among other scholars in this field. Ethnographic methods were used in this project to provide a more holistic and deep look into these communities. Meadville has been chosen as the primary site of research as it is part of the Rust Belt, which includes many small and large cities along the Northern United States that suffered from significant economic downfall following the 2008 recession, and other economic setbacks throughout the last two centuries. This project has resulted in a scholarly paper, and an online platform that tells the stories of those who have participated in this work. Public scholarship is an important aspect of this work because it allows those who participated to see the results of this work in a public forum, and acknowledges the queer community in Northwestern Pennsylvania. Indeed, while not all queer individuals in rural areas are closeted, the existence of queer communities in rural and small towns are sometimes overlooked and/or invisible. As such, public scholarship resulting from this project can potentially impact the community in a positive way by helping to extend its visibility. 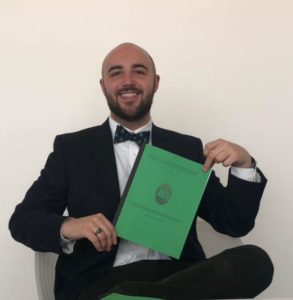