The structure of 19th century America was defined by social customs written into the law. Though these social customs were in a sense established by ordinary Americans, it can be difficult to determine how they affected individuals’ experiences. This Omeka project discusses three groups of people who faced their own legal and social challenges: a group of free black girls pursuing an education, freed and enslaved African-Americans seeking justice, and single women learning that the court system offered them little assurance of stability. These cases highlight the intricacies of navigating a repressive, restricted society and the chaotic nature of early Washington, D.C. In this environment ordinary Americans attempted to succeed, with varying degrees of success.

“Justice For All: An Exploration of Race in DC’s Criminal Court”: This project focuses on the treatment of different social classes as victims in the D.C. criminal court system. Three victims of assault, an enslaved man, a free boy of color, and a white man, brought cases before the justices of the peace. The way in which each assault was narrated provides insight into the racial complexities of the D.C. law system and the ways in which these nuances were navigated. These three cases give insight into the way D.C. actually dealt with race and justice in a way not discernable from merely perusing legal codes.

“The Defense of Kitty Ann Milstead”: This project documents an attack on the home of Kitty Ann Milstead. Warrants were issued for the arrest of four men responsible for the attack. While the recognizance shows that fines were to be paid and the accused were to keep the peace, there was little that Milstead, or other women like a Mrs. Weber, could do without a male relative to protect her and help her navigate the male-dominated society of the time. The justice system would have been the only mechanism that could assure her a modicum of peace. The D.C. court system was rather unreliable, as the police force was extremely small and the courts lacked the resources to track down offenders. The patriarchal nature of society let single women slide through the cracks of public safety.

“The School for Colored Girls”: This project addresses Myrtilla Miner’s Normal School, which taught black women in a time when education was reserved for white males. Miner’s work violated both racial and gender norms of the time, as the education of women of color was practically unheard of. Even as the education of black women was a novelty, for the students at the Normal School it was only a step to a larger goal: abolition. Not only were Miner and her students not served by the society of the time, they actively opposed the roles they were assigned in a fight for justice. 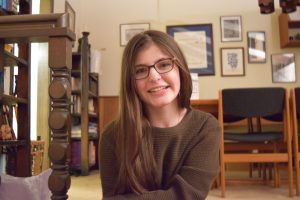 Shira Cohen: Shira Cohen, from Denver, Colorado, is a junior at Oberlin College. She is a History major with Religion and Jewish Studies minors, and is an active participant in the Oberlin dance community. She worked with Oberlin history professor Tamika Nunley and the rest of the DC Criminal Court team over the summer of 2017, and is excited to continue working in digital history in the coming years. 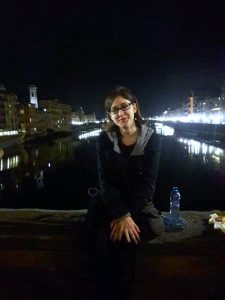 Julia Butterfield: Julia Butterfield is a senior History major/French minor from New York, NY. She has worked on two digital humanities projects in her time at Oberlin: Early DC Criminal Court and In Search of Lost Women (about legal brothels in nineteenth-century Paris). She has worked on history projects at the Collections Department of the Gilder Lehrman Institute of American History and has been a docent at The Eleanor Roosevelt National Historic Site and Oberlin’s Allen Memorial Art Museum. Julia is active in student theatre at Oberlin and is currently co-directing a production of Merrily We Roll Along.