Ward One was a predominantly African American district adjacent to downtown Columbia, South Carolina and to the University of South Carolina. In the 1960s, “urban renewal” efforts by the city resulted in the community’s displacement; homes, schools, and businesses were replaced with amenities and classroom buildings for the university. The Ward One app for iOS aims to preserve and tell the story of the Ward One community by inviting participants to visit historic sites in the district and compare the present to the past. Through the use of geolocation and a rich database of content, the project will provide an immersive and compelling experience in learning about Ward One. The project is led by faculty members Heidi Rae Cooley (Media Arts/Film and Media Studies), Duncan Buell (Computer Science), and Bobby Donaldson (History). Cooley and Buell team-teach a “Critical Interactives” course each spring, where teams of students from backgrounds in the humanities and computer science come together to develop the app and its content. In 2016, the class added content with a focus on collecting oral histories from former residents of the Ward One community. A database was built to host this and other media on the web, so that it can be updated and accessed in the app at any time. 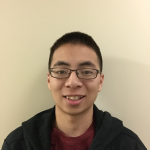 Steven Dao is an avid technologist at heart. He studies Computer Science and Mathematics at the University of South Carolina. Over the past year, he has worked as an iOS developer on the Ward One project. He was involved with developing new modes for displaying content and on improving the design and user experience of the app. With his passion for technology, Steven has presented at several events where he showcased how the Ward One project is helping shed light on a once thriving community. 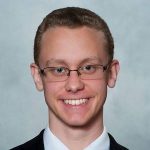 Austin Pahl is a senior Computer Science major at the University of South Carolina originally from Charleston, South Carolina. In January 2016, he joined Critical Interactives’ Ward One project as a developer on the iOS app and web server with a focus on features related to geolocation and data storage. In addition to his coding work, he participated in numerous planning and design sessions, presented at various events about the app, and interviewed a former Ward One resident on their experiences as a member of the community. 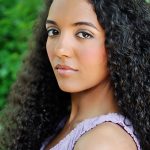 Bonnie is a senior Media Arts major at the University of South Carolina Honors College. Since her freshman year, she has devoted her studies to pursuing diverse representation and untold stories in media. Consequently, she was immediately intrigued by the Ward One project. As part of the Ward One team, she facilitated interactions between humanities students and computer science students in order to bring ideas to fruition within the application. She also organized the midterm presentation and public final presentation of the Ward One app. Bonnie hopes to attend graduate school for video game design in the fall of 2017.