Jack the Ripper: the Personification of Victorian Prejudice

In the fall of 1888, between 31st August and 9th November, five prostitutes were brutally murdered in the poverty-stricken East End of London. The perpetrator came to be known by the name “Jack the Ripper”, from the signature on a widely-published letter sent to the press supposedly by the killer himself. Against a backdrop of social turmoil and tension, and involving a level of violence so horrible and animalistic, the Ripper murders served as a catalyst for public panic, through which the prejudices and divisions of London society came to light. By examining newspaper articles about these crimes through digital tools such as Voyant, we are able to see as never before how the social forces of xenophobia, anti-Semitism, and class conflict found an outlet in the image of the Ripper. By looking at how how different factions of Victorian society reacted to the murders through the new lens such digital tools provide, we are given an insightful, penetrating look at what fears and tensions permeated London at the turn of the century, and how they played out in one of the most sensational unsolved cases of all time. 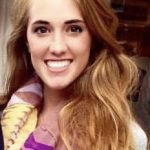 I am from Dallas, Texas and am currently a sophomore at Washington and Lee University. I am double majoring in business accounting and European history, with a specific interest in 16th and 17th century England and plan on attending law school. I run varsity cross country and track for the University and enjoy volunteering for the animal rescue center here in Lexington.