“Your Friend and Classmate”: Following the West Point Class of June 1861 Through the American Civil War

UNRH > 2019 Voices in Digital Humanities Conference > Schedule > “Your Friend and Classmate”: Following the West Point Class of June 1861 Through the American Civil War

June 24, 1861, thirty-four young men graduated from the United States Military Academy a year early to answer the need for more officers in the United States Army. Twenty-three had already dropped out of their class before graduation to join the Confederacy, and three more resigned to join the rebelling forces. Of these fifty-seven men, twenty-six joined the Confederacy. But the bonds that they formed while at West Point followed them through the divisive war to come.
This project is about telling the story of these cadets, collectively and individually. There is a yearbook in Gettysburg College’s Special Collection belonging to William H. Harris, one of the cadets in the class of June 1861. There he annotated the pictures of his classmates with what they did in the war, keeping up with those that he could. Using the yearbook and Harris’ annotations and digital tools such as Scalar, TimelineJS, and StoryMapJS their stories can be told, their journeys can be followed, their names can be remembered. 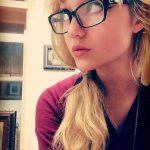 Julia Wall is a sophomore at Gettysburg College. She is majoring in History with a focus on Military History and minoring in Civil War Era Studies. As a Digital Scholarship Summer Fellow at Musselman Library, she created a database of West Point cadets of the class of June 1861 including interactive timelines for each cadet and a comprehensive map of battles. Her interests include history, the occasional sci-fi/fantasy show, and her 57 cadets.