On September 9th, 1969, eight members of Boston’s city council voted unanimously against a proposed Bicentennial exposition of grand proportion. For more than three years, Boston’s public planners had fought to establish Expo ’76, the ambitious urban project, as a proposal for a World’s Fair exposition within America’s Bicentennial year. Council members stated that the site of the exposition was “unsuitable” and that the exposition’s financing scheme was not in the “best interests” of the city of Boston. Superficially, it appeared that financial misgiving or poor timing was the cause of the panel’s decision. But there was more to the decision than that. Boston’s malaise over its proposed commemorative exposition serves as a case study of America’s soul searching throughout its Bicentennial years.
My research elaborated upon the unexplored story of 1976 Boston’s Bicentennial celebration. By producing a scholarly paper and accompanying website, this project provided a 21st-century lens upon the Bicentennial and its context in 20th-century American history. My project was a thematic extension of my previous research, as I transitioned from exploring the Vietnam War’s impact upon Holland to one on a larger national context, Boston. This project highlighted the impact of the Vietnam War, but more importantly, it explored the emphasis placed on recovery instead of disillusionment during this era. It was my intention to answer the question: “To what degree did the preparation and execution of Boston’s Bicentennial celebrations reflect or deflect a national atmosphere of disillusionment?” 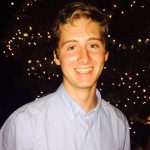 My name is Cullen Smith and I am a senior at Hope College from Milford, Michigan, majoring in History and English and a member of the Mellon Scholars program. I came to Hope College. In the Mellon program I have been able to hone my skills in the digital humanities, and I hope to create a future career around these skills. This came to fruition in two projects with Dr. Marc Baer, where I worked on a YouTube series profiling a Special Forces veteran of the Vietnam War, as well as a website and paper on British Military Intelligence during the Troubles in Northern Ireland from 1969–1998. I have found that through research, I am able to step outside my own existence and into someone else’s. My project, Boston’s Bicentennial Blues, was part of a 2016 Summer Research Grant provided by the Hope College Mellon Scholars Program under the Andrew G. Mellon Foundation. In my free time, I like to read, run, watch Netflix, and play some guitar.