Comparative study of Defensive Urbanism in Karachi and London

UNRH > Comparative study of Defensive Urbanism in Karachi and London

Defensive Urbanism and hostile architecture are a rapidly growing phenomenon, becoming increasingly evident across the globe. The cities are now being designed for a specific class of residents and discreetly disowning the unwanted part of the population. Though Karachi may not be among the top of the list of the cities adopting this practice, it too has started to embrace this approach. The city has adopted the aforementioned as a way to defend itself against its poor inhabitants, and to make it more ‘livable’’ for its numbered elites. The following paper will discuss Karachi’s adoption of defensive urbanism, the type of its approach and how it is using defensive architecture to enforce social divisions. Furthermore, the latter part of the paper will focus on counter terrorism architecture as a growing phenomenon and how Karachi is adopting a much more overt side of the technique in the quest of the security, which ultimately effect also affects the aesthetics and outlook of the city. The above mentioned discussion points will be analyzed in greater depth by comparing Karachi’s defensive urbanism with the city of London. London has witnessed a practical implementation, and will thus provide a solid comparison with Karachi who is novel in the context. 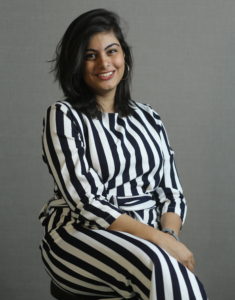 Kashmala Tahir is a final year student at Habib University, majoring in Social Development and Policy. She has a keen interest in the field of urbanism and wants to make use of her degree and pursue a career in urban policies and planning. Kashmala has previously represented Pakistan at Future News Worldwide 2017 in Scotland, and was selected to present her research paper at the Asian Undergraduate Research Symposium 2018, in Tokyo, Japan. She has also interned with various organizations, including NOWPDP (NGO working for employment of people with disabilities) and Oxford University Press